Once you have Rocket League installed and you have made your Rocket League account you can finally begin playing! Once you begin you should be met with a screen like this: 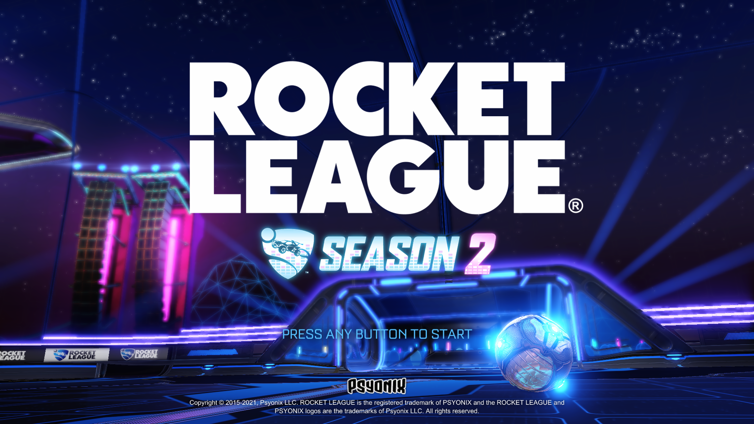 Once you ‘Press Any Button to Start’ you will then be taken to the main menu of the game where you will be given a choice of several selections for which game mode or any settings you would like to choose. 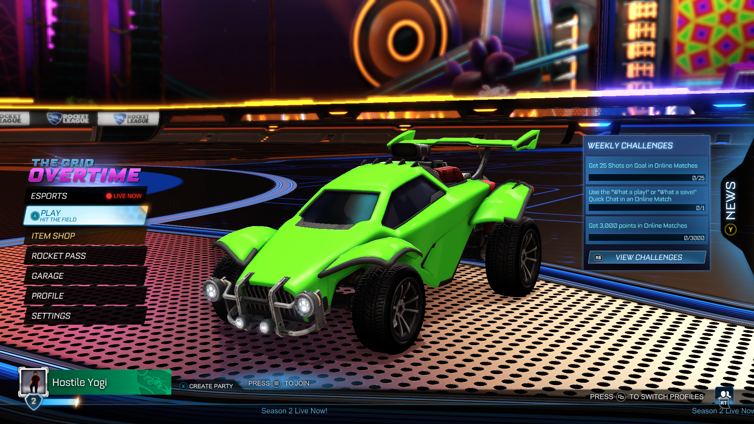 It is now time to jump into your first game! Personally, I would highly recommend you trying out the ‘Training’ mode for your first Rocket League game so you can learn the controls of the game to help you become the next best Rocket League player! This mode can be found within the menu that appears once you click the ‘Play’ option and will then give you a choice of different training exercises to participate in to help you learn. 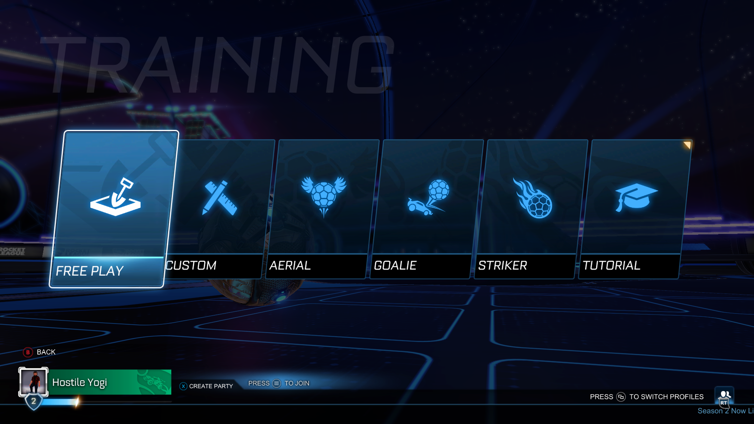 The main objective of Rocket League is to score more goals than your opponent by using and driving your custom created RC car and hitting the ball into your opponent’s net. Moreover, Rocket League plays very similar to the traditional sport of Football but just with little cars! 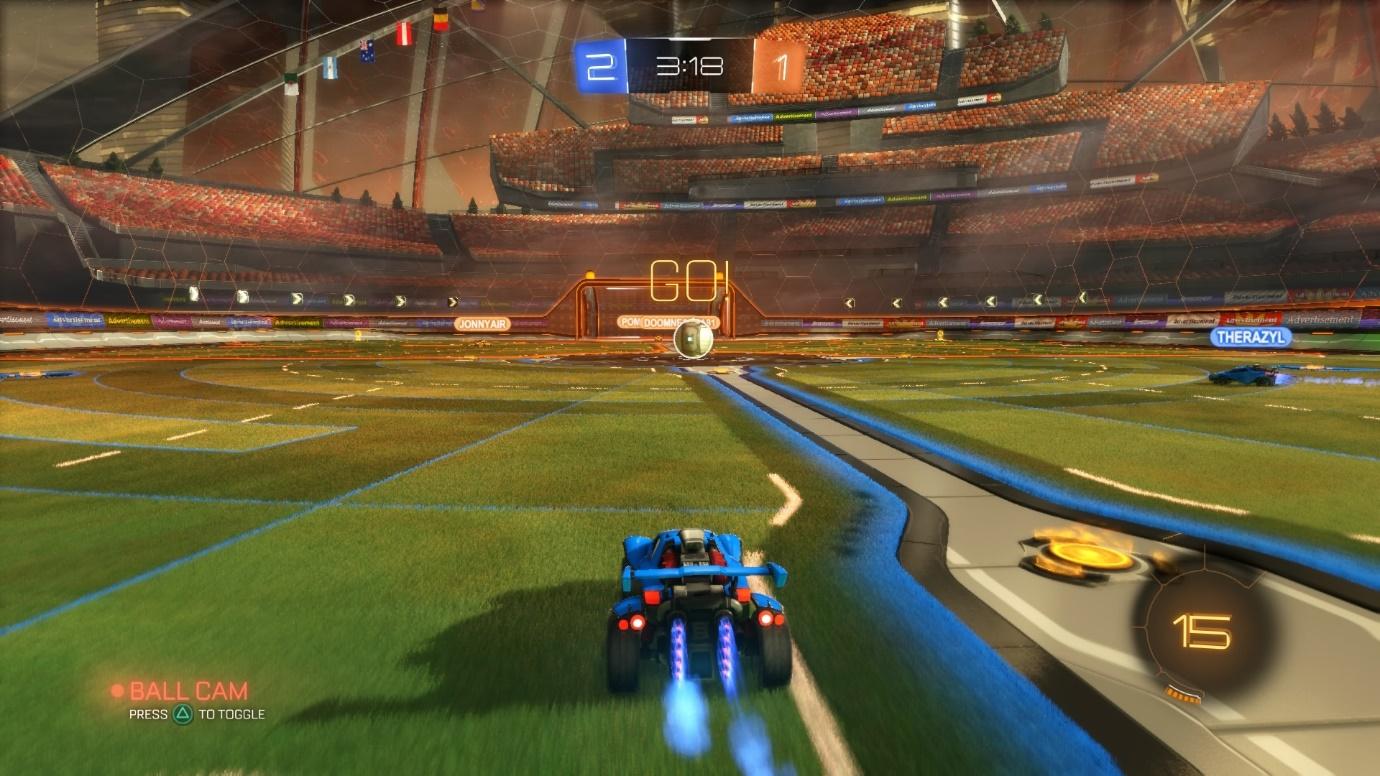 This can be played in a variety of team sizes from 1v1,2v2,3v3 or even 4v4 and can be played with your friends so you can work together to win games! Each game will have 2 halves with either a set time limit with the highest score at the end is the winner or, on the other hand the game might have a set score limit with the game only ending when a certain score amount has been made.

Finally, the ranked mode within Rocket League allows you to play against other players in a competitive environment where every win will give you points to climb a league table. This league table will have several different divisions based on skill level and will a great way to challenge yourself against players of a similar skill level as you climb up the ranks! You will earn in-game rewards for every new rank you achieve and you should aim to finish in the best possible position by the end of the season for your chance at a better reward. 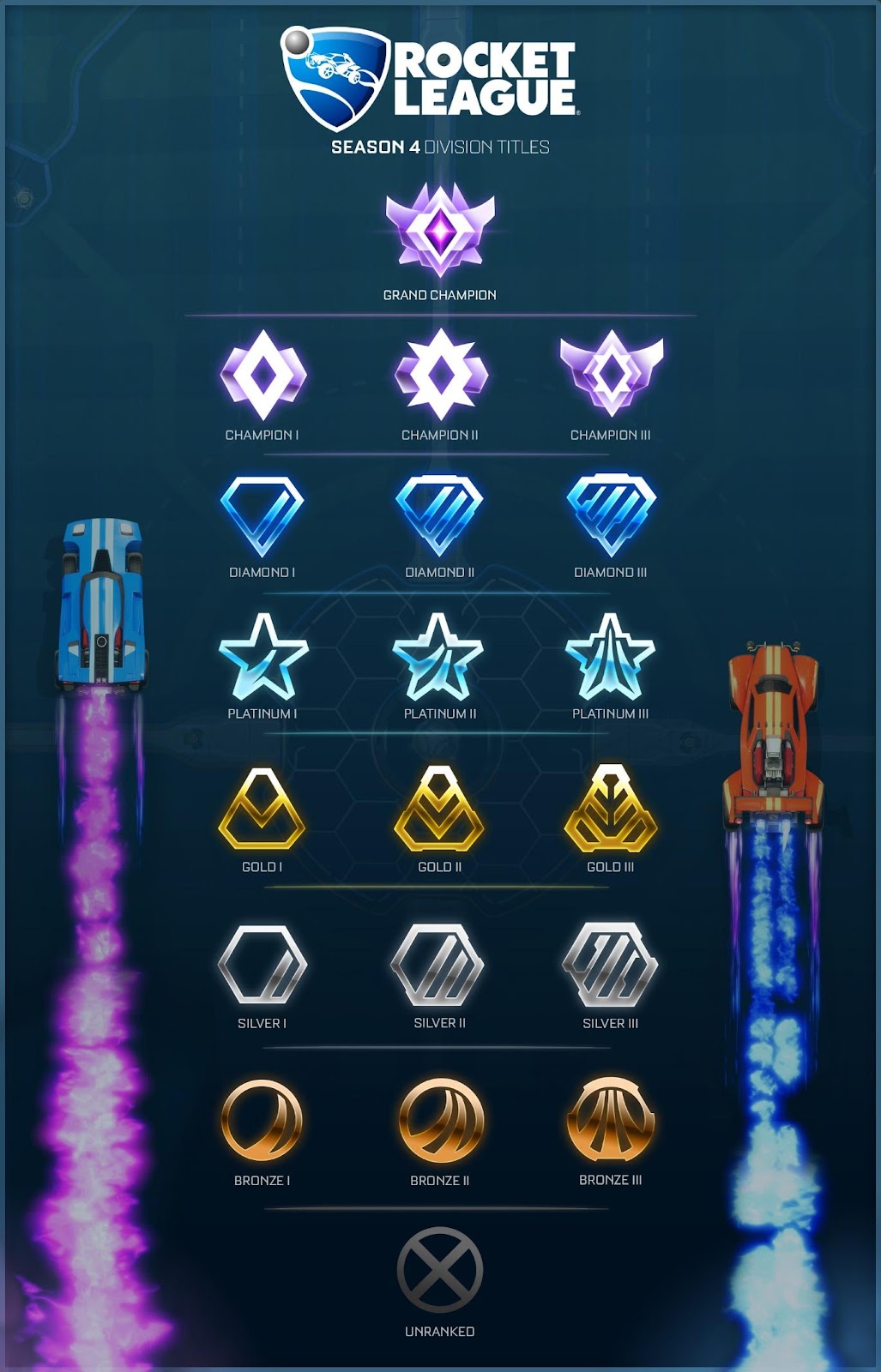